Disney World offers a huge range of activities and attractions for everyone.  There are things for the first time visitor, for casual fans, for serious fans and for those who would live at Disney World if possible.  For serious fans, one of the best little known experiences is becoming a Walt Disney World Citizen.  Even better, this citizenship comes not with taxes but with a chance at a little extra Disney magic.  Where do you start your quest for Disney World Citizenship?  Why, Hollywood Studios, of course.

Just behind the Great Movie Ride and on the way to Toy Story Midway Mania, there is a walk through attraction named One Man’s Dream.  This is a museum like tribute to Walt Disney by D23, the official Disney fan club.  There are some fantastic exhibits and a fun film in this air conditioned attraction.  It is rarely crowded, so it is a nice place to visit during the heat of the afternoon. The many displays offer a glimpse into the life of the man who started the Disney empire with the help of a mouse. 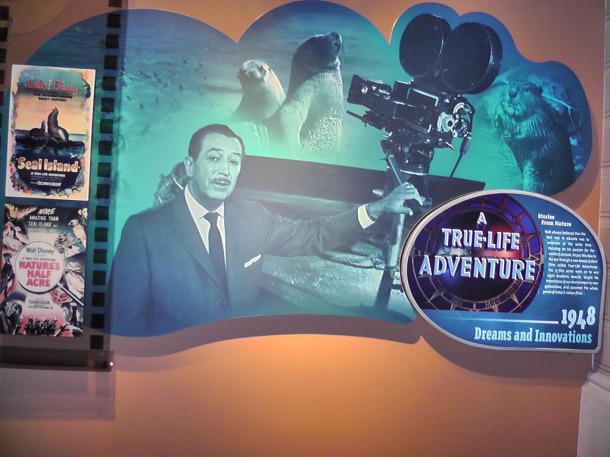 What most fans do not know is the quest for Disney World Citizenship begins and ends in this building.  It is not advertised.  Much like a secret menu, you  have to know about and ask for it.  There will not be signs or invitations.  How do you ask to start the quest?  You greet the Cast Member who stands at the door of One Man’s Dream and ask for the citizenship test.  The Cast Member will give you a test, consisting of three questions.  The tests are different, as my friend and I received two different sets of questions.  Here is an example of the citizenship test.

All of the answers to all of the citizenship test questions can be found by walking around and reading the exhibits in One Man’s Dream.  I didn’t realize this was the way it was supposed to be done.  Instead, I filled my test out, smiled and handed it back to the Cast Member who gave it to me there at the front door.  He smiled back, asked me very politely to keep moving and not block the door.  Then he explained that we needed to give our completed tests to the Cast Member at the attraction who welcomes guests to the theater for the film that ends One Man’s Dream.

Okay then.  It does no good to try for extra credit on this test!  And no worries – the answers are straightforward and simple to find in One Man’s Dream. Once you have completed all the questions, simply take it to the Cast Member working the theater.  They will ask you to wait until no one else is watching.  Then, they will ask you to step to the side.  There, in a secret closet of a room, there is a book where new citizens are invited to sign in and make their mark on the kingdom.  New citizens are then given their special pins.  This is the only way I know to get this pin at Disney World.

Oh, and the extra special magic?  Well, it is magic, which means it may or may not happen. However, wearing my citizen pin proudly has resulted in complimentary deserts as well as an extra fastpass.  Even more fun, not all Cast Members know about this pin. Wearing it is a great way to strike up interesting conversations with other Disney fans.

Good luck to you on your quest for Disney World honorary citizenship!